Hey Bracelet vs Bond Touch: What is the best Long Distance Bracelet? 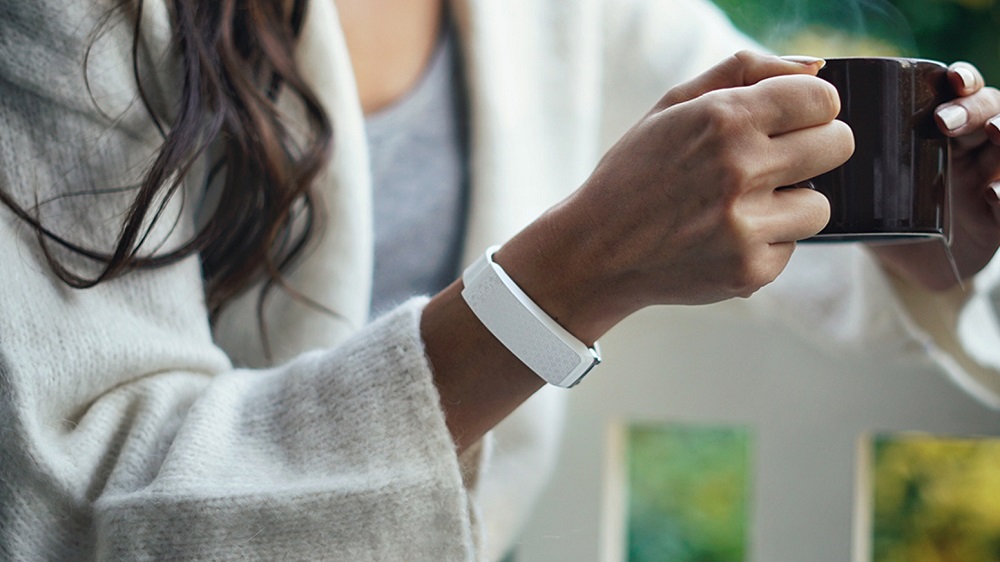 Physiologically, people need human touch. It’s how we connect with each other.

People can effectively interpret emotions like fear, disgust, and gratitude with a touch.

In fact, touch is so powerful, that American psychologist, Harry Harlow, concluded that infants could die from a lack of touch.

Now that technology keeps us behind our tablets and phone screens, human interaction has significantly lessened.

The question of geographical distance is another obstacle. People simply need touch to feel safe, complete, and wanted.

Fortunately, there are bracelets coming into the market that can imitate the sensation of the human touch.

How will the two major players stand up against each other? Read the outcome of Hey Bracelet vs Bond Touch.

Hey Bracelet and Bond Touch are both wearables that imitate the feeling of a human touch. Let us see how they compare from an aesthetic standpoint. 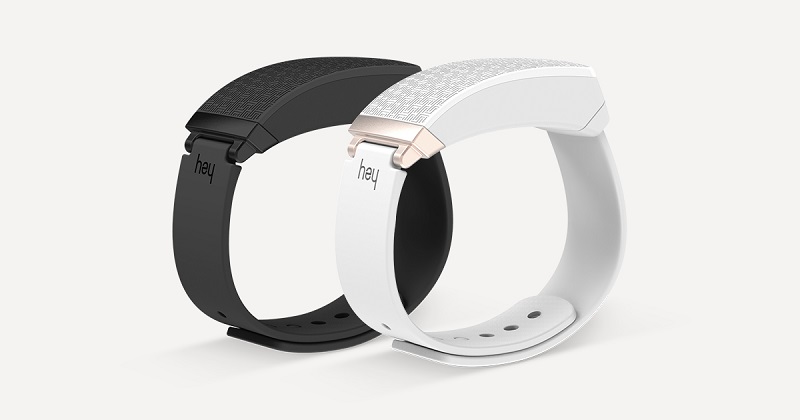 For its initial release, Hey Bracelet will only come in a color combination of white and rose gold or anthracite and black.

One thing becomes clear very quickly. The Hey Bracelet is by no means a fashion statement.

The bands are bulky and have minimal decorative additions. The white bands look like plain plastic.

There is a raised pattern of sorts to add to the style, but the bracelet needs much more work. 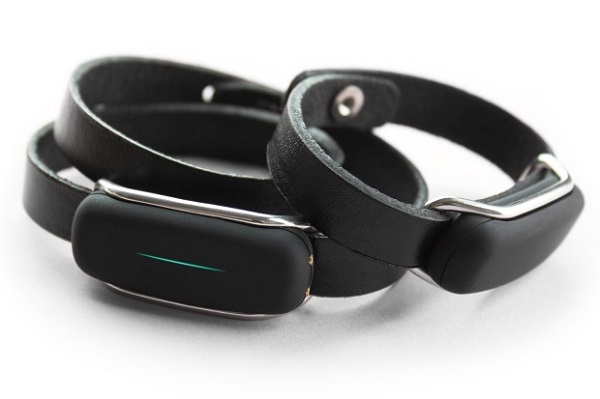 Bond Touch puts more imagination into its look. The bands are genuine leather and can be separated from the touch mechanism.

Bond Touch suggests getting creative by using different materials in place of the leather band, like multi-colored beads, hemp, or leather rope.

Beads noticeably accentuated the look of the bracelet altogether.

Wearing normal accessory bracelets with the Bond Touch also does a good job in making the bracelet seem much more stylish than it is.

Even better is that Bond Touch allows their customers to design their own bracelets.

Being able to mix and match with various colors makes a huge difference.

Hey Bracelet’s touch does not mimic the sensation of human touch by buzzing or vibrating.

It’s activated when the wearer gives the mechanism a slight squeeze. That, in turn, sends a signal to the partner who is wearing their own bracelet somewhere else.

How will it withstand the pressure of too hard a squeeze? Is it likely to break? Hey doesn’t say.

Bond Touch is activated when a small sensor is pressed like a button.

When it comes to sending a touch to remind the person on the other end that you’re thinking about them, both bracelets are easy enough to activate. 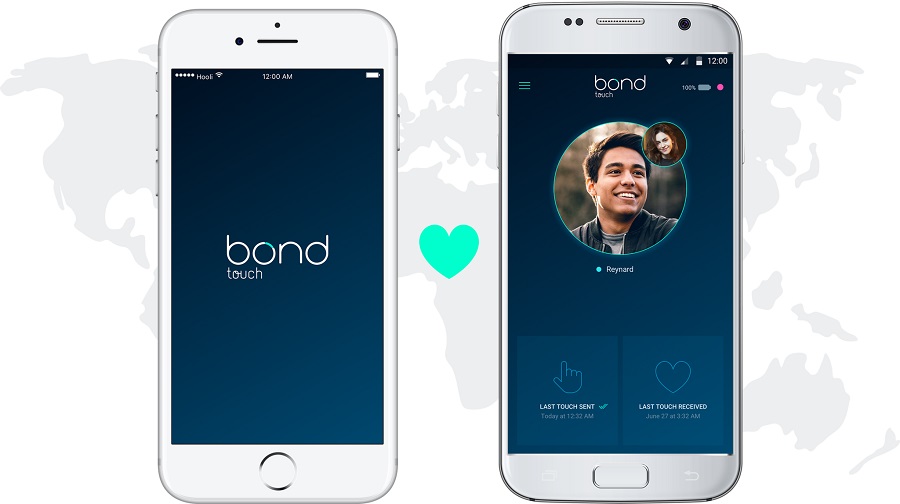 3. Setting Up the Bracelets to Work

Set up for the Hey Bracelet and Bond Touch is almost the same.

First, you download their respective apps to your smartphone.

Both are available for Android and iOS, but those are the only ones. The bands are connected to their apps via Bluetooth.

This means individuals must keep their cell phones nearby in order to send or receive a touch.

Depending upon the strength of the Bluetooth connection, users may be as far away from their phone as 30 feet. Is this a big issue? Probably not. 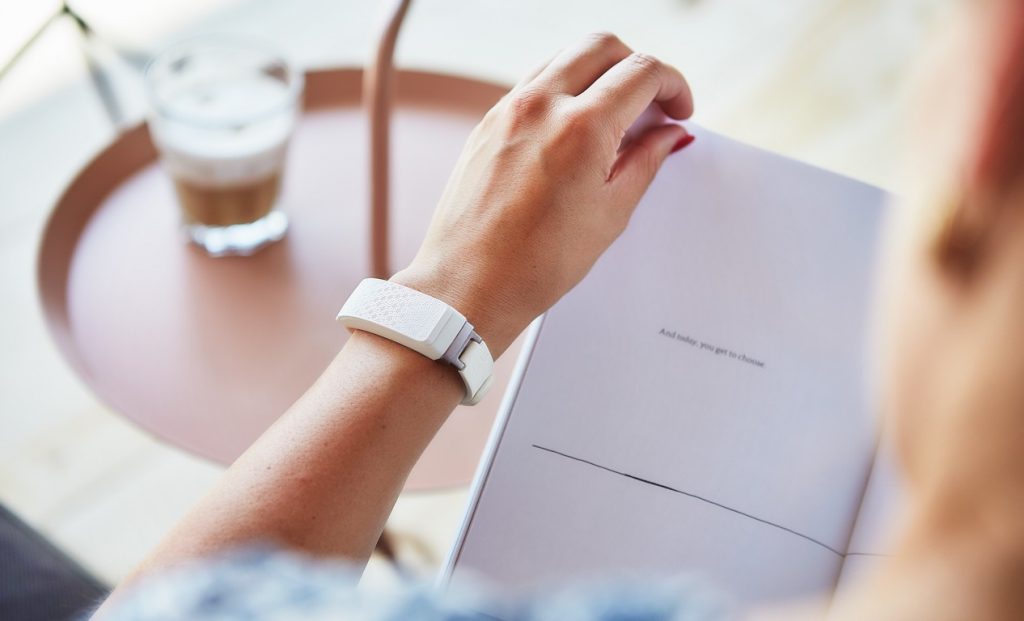 The Hey Bracelet is designed to ensure accidental touches don’t happen. To send a message, the bracelet itself must be touched in two discrete places.

The Hey is waterproof, charges in half an hour, and keeps the charge for as long as three weeks.

Both indicate the distance separating the wearers, which is a cute addition.

Bond Touch will only last up to five days on one charge, and that’s depending upon how often it’s used.

It is not waterproof, but it can withstand a little light rain or a splash of water. There is some assembly required for the Bond Touch.

The production of the Hey Bracelet is apparently limited to prototypes.

They are collaborating with HiDASHHi on the development of their application, so it’s unclear when their product will be available for sale.

The website offers the option to pre-order the bracelet, but neither of the links is working.

Bond Touch is currently sold out, but customers can place themselves on a waitlist. Their asking price is $88 US.

Hey Bracelets will be shipped throughout Europe and the United States at a flat rate of €15 or $18.50 US; however, they are not shipping the bracelets separately.

They expect shipping to take 2 to 3 weeks. Hey will accept returns and provide refunds so long as they are contacted within 14 days of delivery.

The bracelets are backed with a one-year warranty.

Bond Touch provides a one-year warranty against manufacturing defects in materials and workmanship but will not apply to batteries, protective coatings, or damage caused by misuse, abuse, or acts of nature.

7. Any Sales or Good Deals?

Despite Hey Bracelet being behind schedule on production and app development, the group is smart enough to offer an apology along with a good discount for those interested in buying early.

They’ve cut 40% off the retail price for one set or two.

This brings their pricing, including shipping, seriously close to what Bond Touch is asking.

On the other side of the aisle, although the products made by Bond Touch are sold out, they are not offering any deals on the cost of their bracelets to appease those that are placed on a waitlist.

The idea of bracelets that mimic a human touch is a novel one, but it isn’t that complex.

It’s also doubtful that any questions about intellectual property rights exist, even though an active competition is taking place between two companies on either side of the pond.

If both products were available today, this race would be a tie. A longer battery life is a big plus, but so are aesthetics.

Maybe if Hey and Bond Touch merged, customers would receive a perfect bracelet.

For now, I would recommend getting the Bond Touch over the Hey if you’re in a LDR.

The Best Long Distance Relationship Date Ideas to Have Fun Together